Despite the introduction of the world into digital life, there are still billions of the population that still cherishes and adore art. Realism art is accurately another branch of art paintings that has successfully conjured public brain-feed over the century and gaining lots of love from true art lovers themselves.

It entails art on a different scale; blunt, precise, photographic, and obviously, realism. These forms of creativity are made to convey a subject matter with limited style, illusions, or impossible situations, thereby leaving no room for the supernatural elements.

Put; Realism art is everything but something that isn’t real.

The artist sacrifices his creativity and imagination for hard-hitting information and the urgency to depict a story or situation.

Below is a brief list of some of the most famous Realism arts and what they stand for and what immaculate story is behind it. 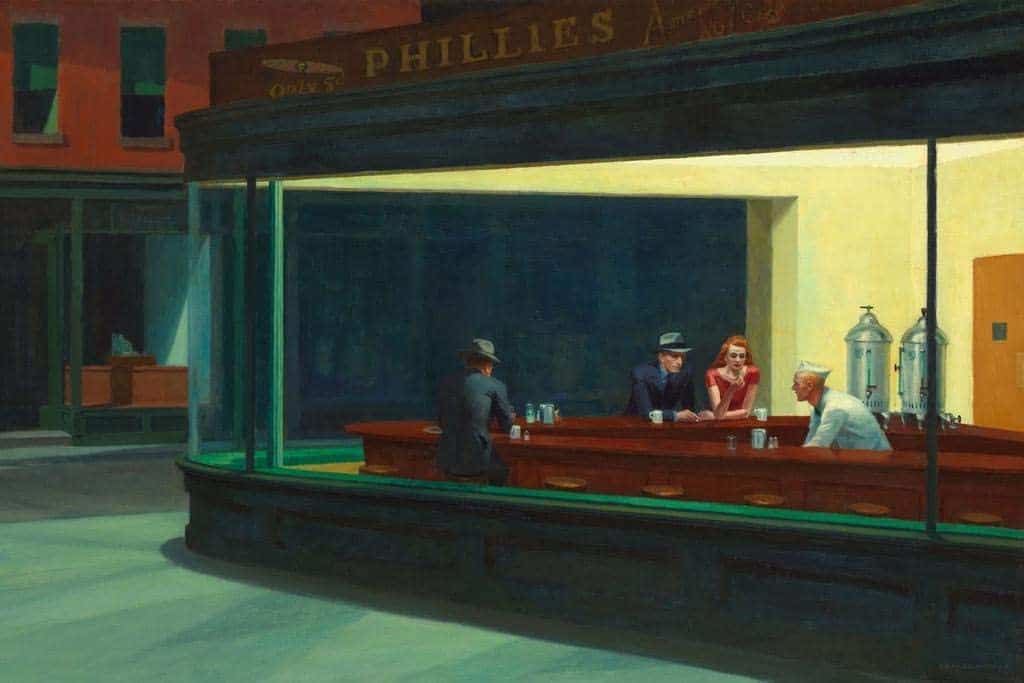 Through the large glass window, you can see a small group of people seated in a downtown dinner at somewhat a later time of the night.

Inspired by a Greenwich Avenue restaurant, Edward Hopper crafts out an art gem that induces the viewer into awareness. Like a puzzle, the piece is incomplete, and Howard coveys the gloomy aftermath of the Second World War in the streets of Manhattan, where he grew up.

Isolation, depravity, and a dark sadness is all you can see when your eyes feed on its details. The art ultimately reflects the hard life, struggle, and hustle of individuals (both men and women) during one of the darkest days in American history, and that is why the famous piece has been recognized and appreciated throughout the country and beyond. 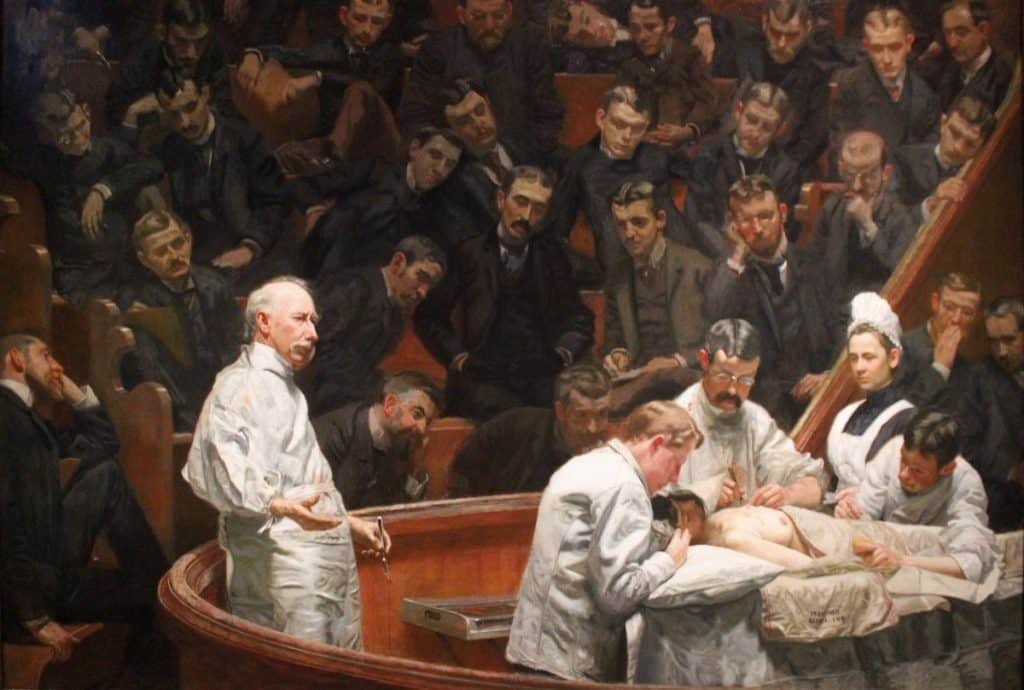 Much like Edward, Thomas Eakins was indeed famed for individuality in his works, and that is why it is termed as “one of the best American paintworks ever created.”

Eakins depicts famous and respected American surgeon Samuel D. Gross displaying one of his surgery sessions to a group of Jefferson Medical College students in Philadelphia.

The surgery happens to be an orthopedic one, and Thomas himself can be sighted in the top left corner of the portrait. The painting oozes realism and taut detailing the forming of the most highly regarded artworks by Thomas Eakins.

In Ornans France, great-uncle Gustave Courbet is dead, and all the townspeople are present to witness the burial of one of the most recognized American are works in history.

The realism and shocking narratives of the work are what has made it a classic piece of art not only in America but across the globe.

Standing at a majestic ten by 22 ft (about 3 t0 6m), Gustave Courbet makes a statement about the Realist movement, thereby almost single-handedly causing public mayhem on Romanticism in 185o eventually bringing about a turning point in both art and religious movements alike. 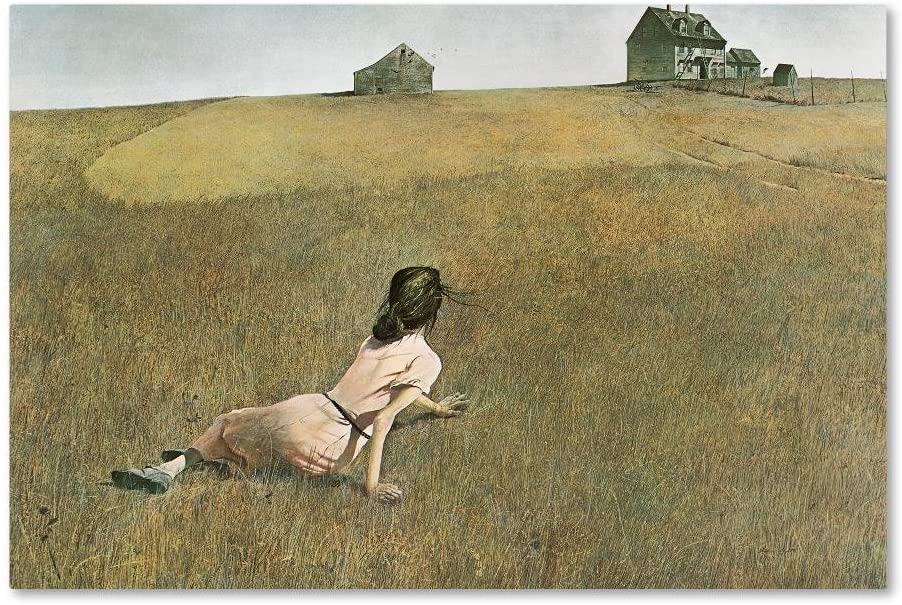 A little more recently into the 20th century, Christina’s World reaches the heights of being one of the most favorite paintings just before the turn of the millennium. Andrew Wyeth grew up in South Cushing in Maine close to a mysterious lady called Christina Olson, who was the woman on his 1948 painting who was crawling helplessly across the field in the address.

Miss Christina happened to have suffered degenerative muscular disorder, which restricted her movement while she wanted to see the world, but instead, it was limited to just an open horizon.

Despite getting a rather sluggish reception, it has eventually grown a reputation for being one of the essential realism artworks. 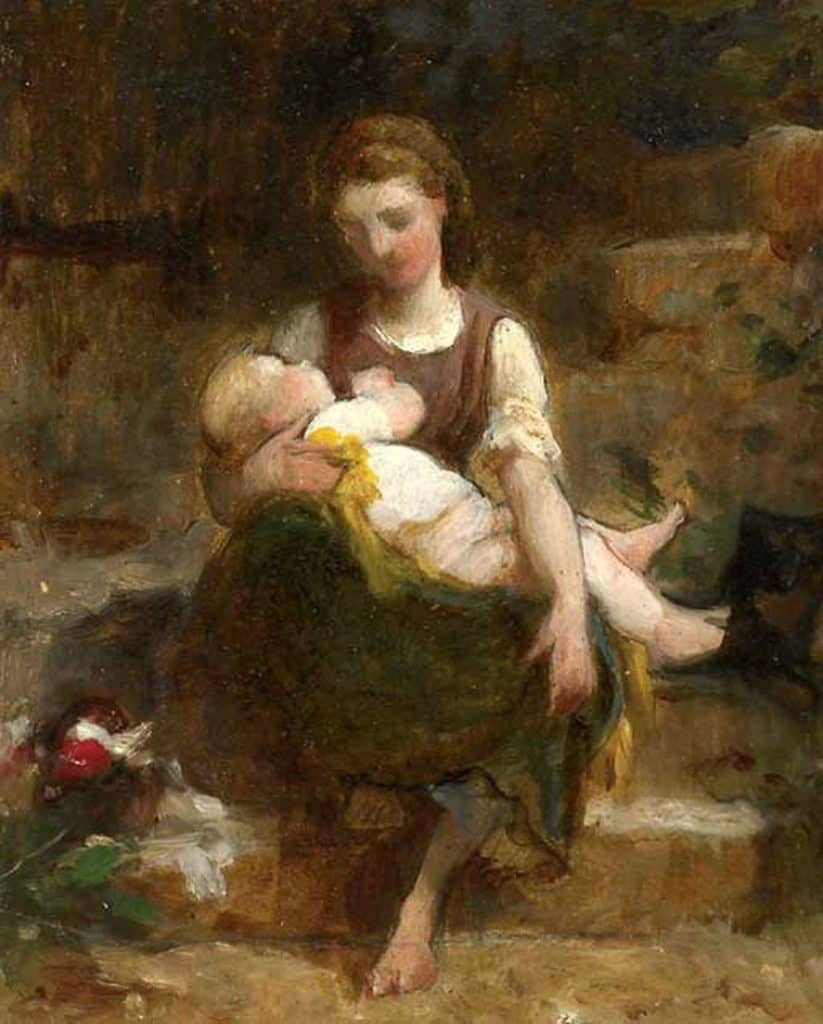 William –Adolphe Bougeureau created the astonishing 130.2cm x 97.2 cm that shows a girl seated comfortably on a boulder carrying a little child who was fast asleep.

The name of the girl painted was his daughter Henriette and her little brother and the painter’s son, Paul. Behind Henriette, is a beautiful horizon with the greenest landscape to create from the mind.

His work, however, had a permanent collection and was placed amongst the “Arts of Europe” sections. According to the Museum of Fine Arts in Houston, the painting was first gifted to the institution, which has now made it one of the most respected and cherished in European museums. 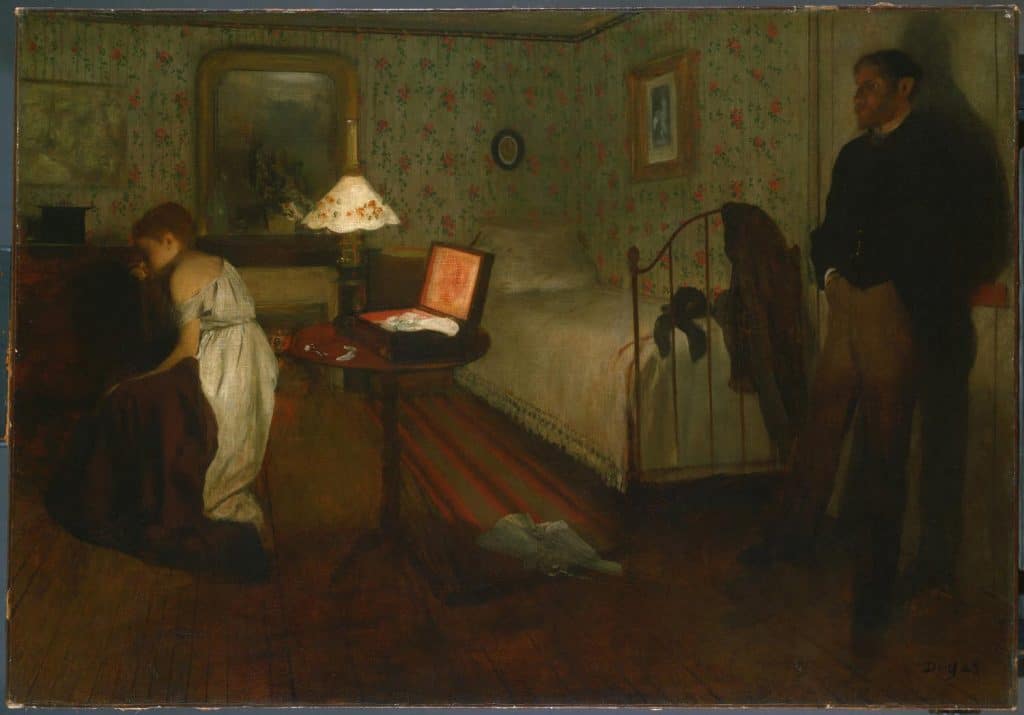 In 1968, Realism artist Edgar Degas came one of his most intricate and puzzling are exhibitions. The painting clearly shows what looks like a marital dispute between two couples where the woman is barely dressed with a mischievous man behind her in the shadows.

Almost everything about this art is unclear, and that has caused a lot of uncertainties amongst scholars over the years.

These scholars claimed that the painting was inspired by a stage play, confronting its lack of logic, if not deeper meaning buried in there. Despite this, a renowned writer-journalist then reflects this powerful otherworldly scene by matching the stage in one of his books Therese Raguin. 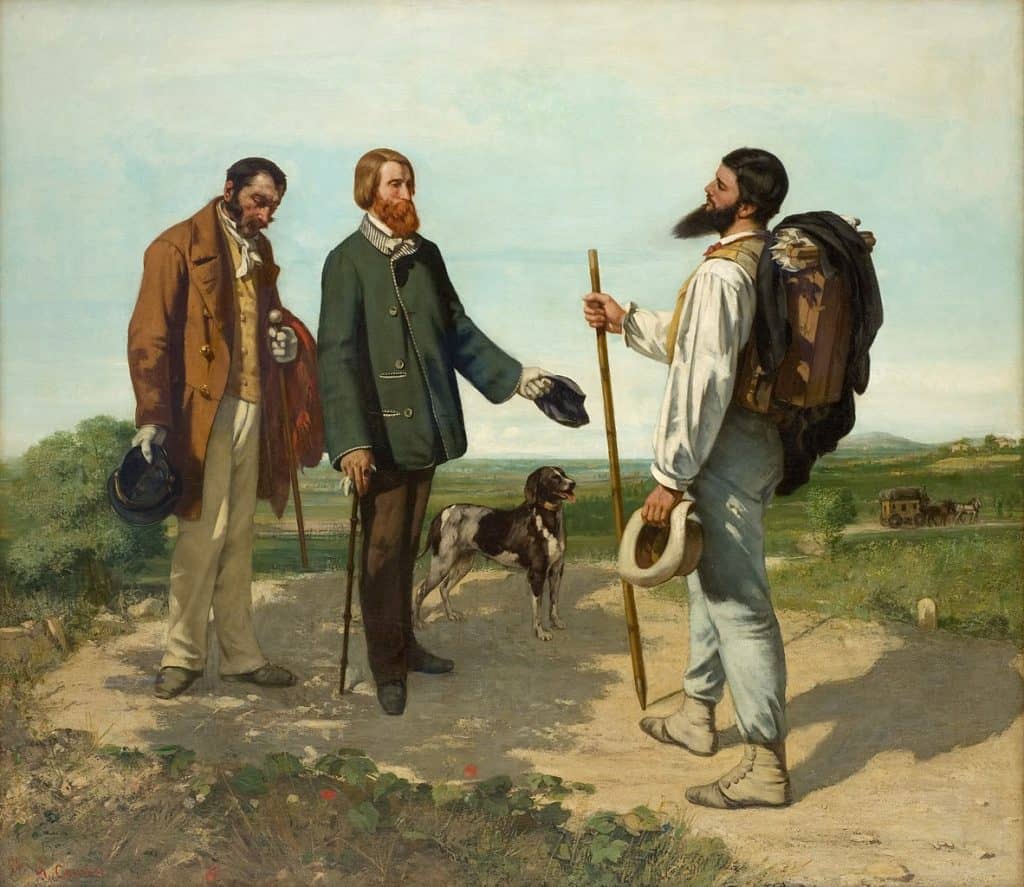 It is no surprise the Gustave Courbet appears again in this list as he has already proven to be certainly one of the most influential artists of the 19th century with immaculate French Realism.

Standing at an astonishing 129 x 149 cm, the French painting was one of the first art pieces that contrived the words “Avant” (forward) and “garde” (an English troop). It was a greeting amongst war troops who were advocates of risk, flair, and fearlessness and had the rare ability to push ahead of the enemy lines and conquer battles.

Gustave made sure the message was passed, depicting himself as a traveling man meeting two noblemen on a gentle afternoon, “avant-garde,” he greets.

The Frenchman explores the visual expression of an artist in breaking boundaries with their new ideas and setting the pace for the masses.

We live in a modern world with so many urgent issues, including the neglect of pure art.

Realism art proves to be what we all need to go back to reflect these issues, given its power to document contemporary culture while transmitting the necessary details and consequences of the actions and decisions we make.

Realism art strengthens and hones the skills of a true artist, and it is what the world needs today.

Tags:
art, art history, Gustave Courbet, The Elder Sister
Newer What Is Dadaism?
Back to list
Older Why We Make Art?

END_OF_DOCUMENT_TOKEN_TO_BE_REPLACED

The Mechanics of Line Drawing and Line Art

Line, to the average person, has absolutely no meaning. But to an Artist, it represents a form of art know as li...

END_OF_DOCUMENT_TOKEN_TO_BE_REPLACED

In recent times, it has been observed that art has the ability to survive and remain relevant over a very long period of time. The proc...