The whole of existence has its designs carved out from the aesthetics of one thing – creativity. Creativity definition is a complex mystery inexpressible with words.

No ordering of words, no definition or explanation, however lengthy or brief, can totally encapsulate creativity in the confines of concepts or definitions. We can only try to understand and explain it. It is a mysterious phenomenon – the distinguishing backbone of every impactful sphere of human endeavor.

Creativity is an inherent endowment. It is wired in us all. John Hegarty, (Hegarty on Advertising) says:

“We’re all creative, it’s just some of us earn our living by being so.”

Creativity definition is like carbon with different allophones. How it exhibits itself in people differs. In the hands of a painter, creativity will show itself in the form of a beautiful painting.

But with a skillful music composer, it will exhibit itself as pleasant harmony to the ears. It is the same with everyone. Creativity expresses itself in your ability and mostly what you enjoy doing. It is an inherent endowment.

How To Remain Creative?

As much as creativity is inherent in everyone, not everyone exhibits it. How can you be creative? What are the things you can do to make you creative and remain that way? 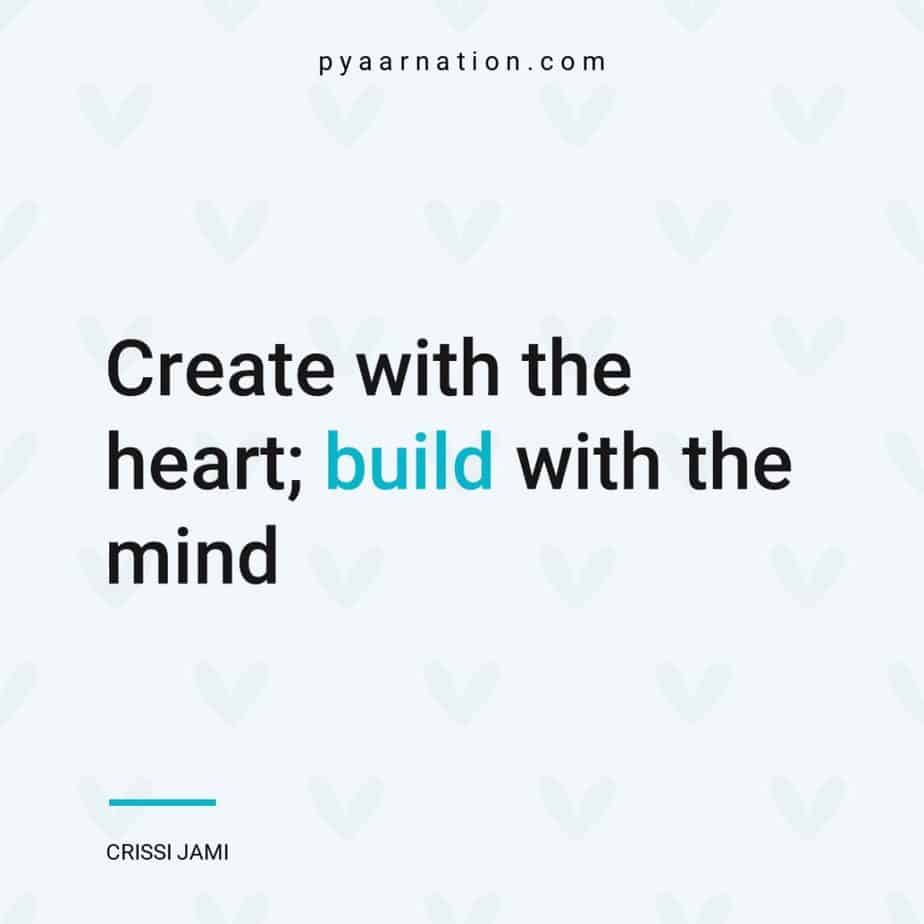 Answers to these questions will be provided right here. Let’s take a look at some helpful tips that can you remain creative. Ready? Let’s go!

Creativity is a natural flow of your inherent ability. That flow can be tampered with when you overthink an idea. Creativity can be sparked by a belief that springs up in your mind. Once you get this idea, rather than weigh it down with overwhelming thinking, feel it by heart and embrace it.

Undoubtedly, thinking is a crucial mental process required for the intellectual evaluation of ideas; however, it can be counterproductive if it is too much sometimes. Creativity is more of a feeling than thinking.

For instance, a dexterous pianist playing the piano fastly in a concert hall is not “thinking” to play at that given moment. Instead, he is “feeling” the environment and playing just as it comes to him – naturally. That is how creativity works. It comes usually and dazzles the world with its uniqueness.

As humans, we naturally tend to appeal more to emotions and feelings rather than logic and reasoning. This is simply what makes us humans. The reason you feel at ease while listening to an easy-going song is that it is appealing more to your heart than reasoning. 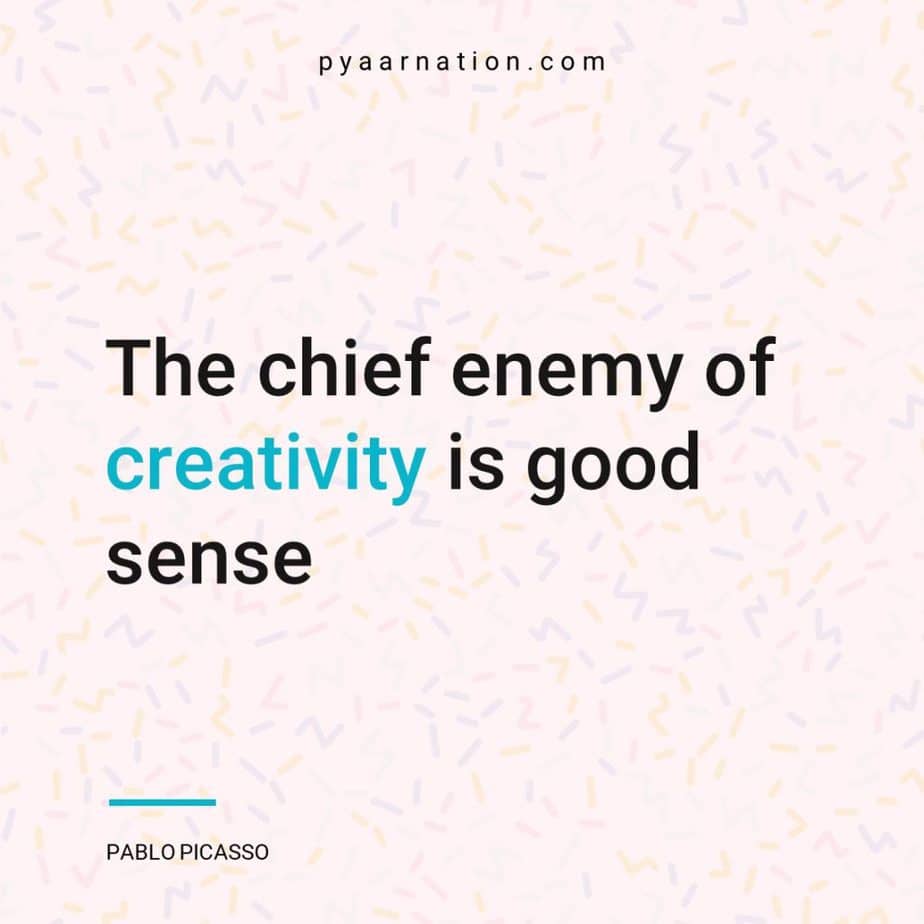 The Chief Enemy Of Creativity

The artist has successfully passed a message from his heart to you via the song. If the song is loaded with too many elements of thinking, you will definitely know. You will feel the song is not natural enough, hence the reason you’ll say something like: “Hey, that song isn’t touching my own. Too bland.”

Creativity is a product of the heart, hence the reason it is natural and emotionally appealing.

To remain creative, you need to build an intimacy with your powerhouse – your heart. You must understand the language of your heart.

Learn to listen to your heart. Appeal more to your sense of feeling to be genuinely creative.

Narrate a Story For Creativity

There are tons of things that make us humans.

The ability to tell stories is one of them. 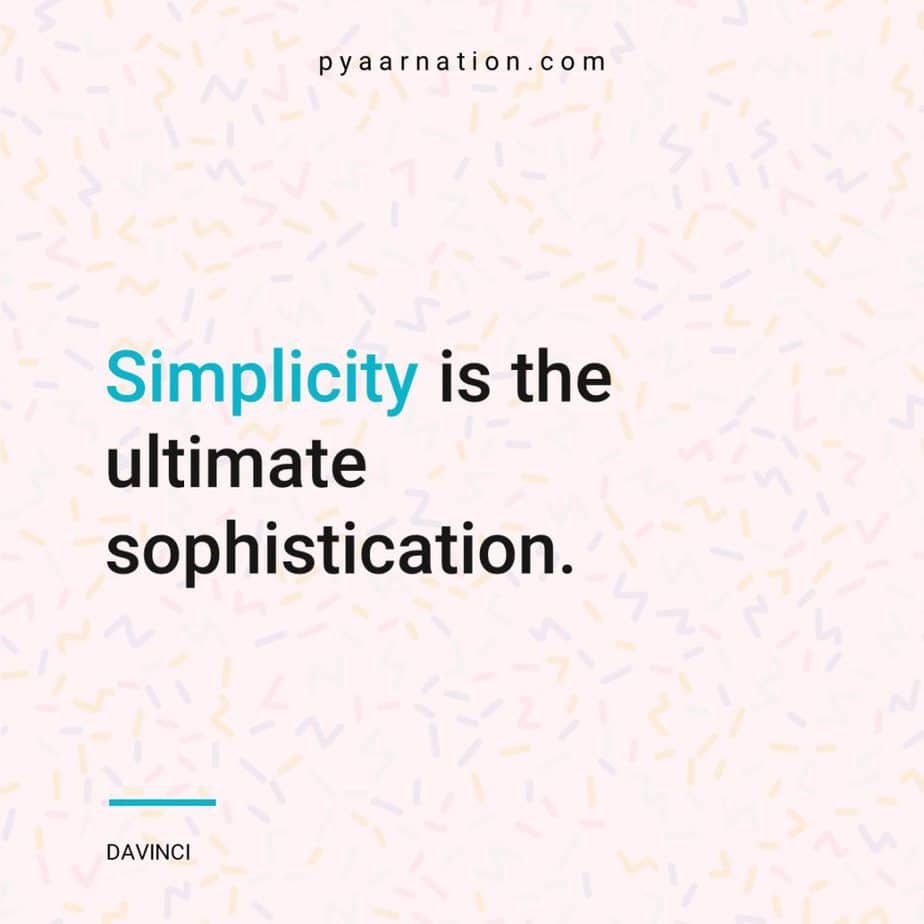 Simplicity is the Ultimate Sophistication

You can exhibit the creativity definition through the narration of stories. Traditionally, the standard medium of storytelling is written or spoken medium. But with creativity, you can manipulate any means for telling a story.

Creative story narration is erroneously believed to be done by novelists or playwrights alone. Contrarily, with creativity, stories can be creatively narrated outside the “fixed” realms of drama, prose, or poetry.

Great scholars have exhibited creativity in their discipline through “wordless” storytelling. And many of them have proven that words alone are not the only means of communication.

Antonio Vivaldi, one of the greatest classical composers in history, in his concerti titled “The Four Seasons ( Italian: Le Quattro stagioni),” did more than just composing a masterpiece. He also narrated a story through the musical piece.

Vivaldi gave the musical expression of each season in Europe. He expressed deep musical conceptions narratively: representation of flowing creeks, storms, a shepherd and his barking dog, frozen landscape art, and buzzing flies.

Musical sounds transformed into words to narrate events. Now, that is not cheap.  That is creativity.

Another good example is the architectural designs of the world’s tallest building in Dubai. As much as the building is a formidable engineering feat, it is more than just a building. 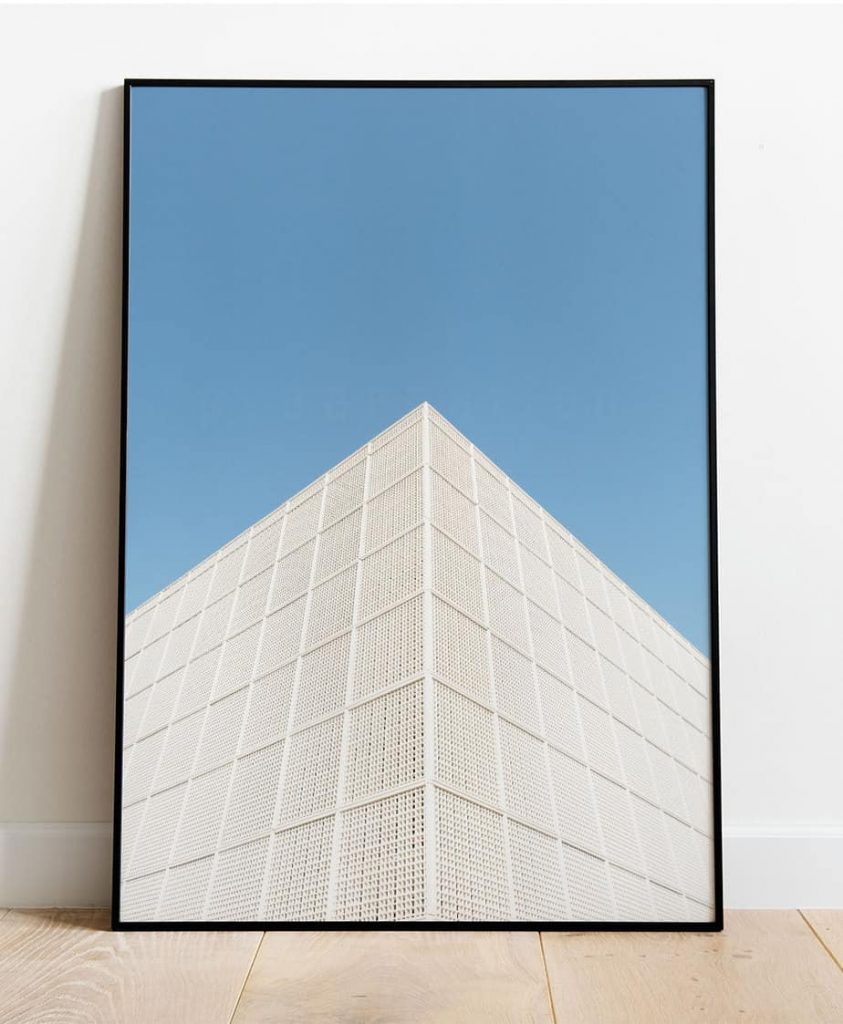 The creators behind the building construction didn’t just build a building,  but they created history with bricks, cement, and metal.

Mr. Mohamed Alabbar, Chairman of Emaar Properties and owner of the building, stated: “Burj Khalifa goes beyond its imposing physical specifications. In Burj Khalifa, we see the triumph of

Dubai’s vision of attaining the seemingly impossible and setting new benchmarks. It is a source of inspiration in the world of art  for every one of us in Emaar. The project is a declaration of the emirate’s capabilities and of the resolve of its leaders and people to work hand in hand on truly awe-inspiring projects.”

Exploring Things Outside Your Knowledge By 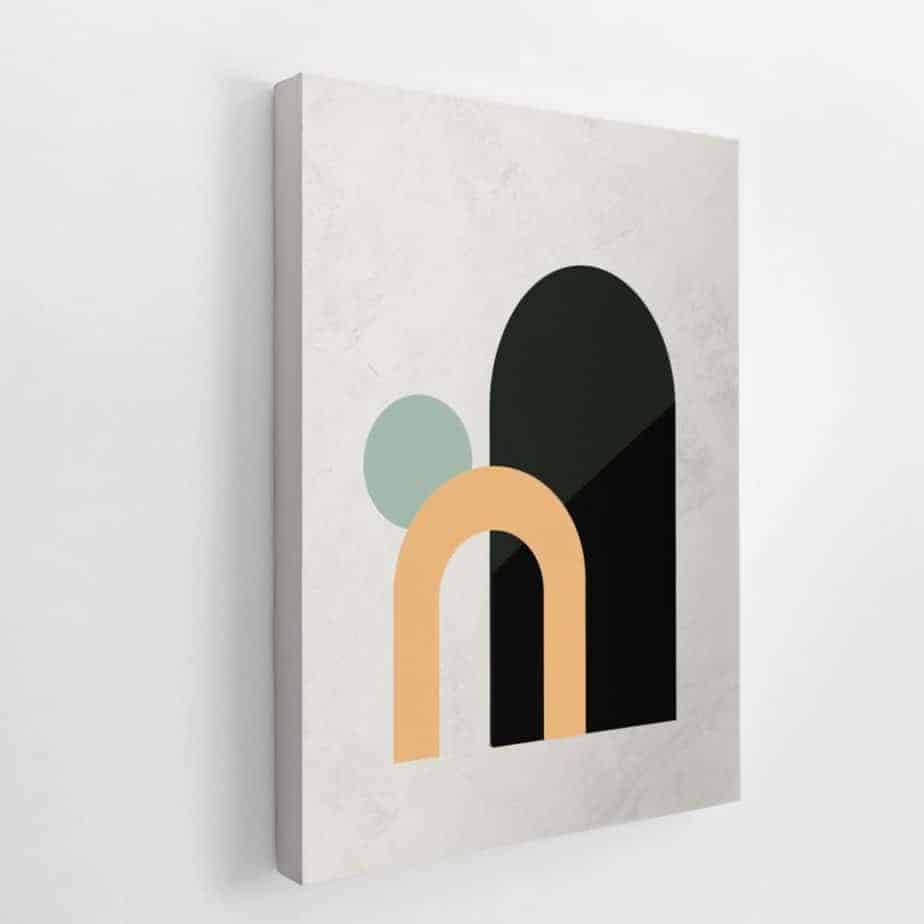 Knowledge has no limitations. There is no end to it. Everything is interconnected in the world. You might wonder, for instance, if there is any association between Mathematics and Music. Actually, there is a deep connection.

Musicologists can learn more about music from another perspective different from their familiar methodology – a mathematical view of learning music. There is no telling of hidden musical secrets that will be unraveled by embracing Mathematics by musicologists.

Knowledge is wide. Explore. Don’t build walls of confinement around your area of influence. Restrictions, as such, can numb your creativity.

A close study and paying attention to other things around you, the happenings in the world, and ideas outside your comfort zone of knowledge will tremendously enhance your creativity.

Step Up  Your Skills

Skill is the visual realization of creativity. 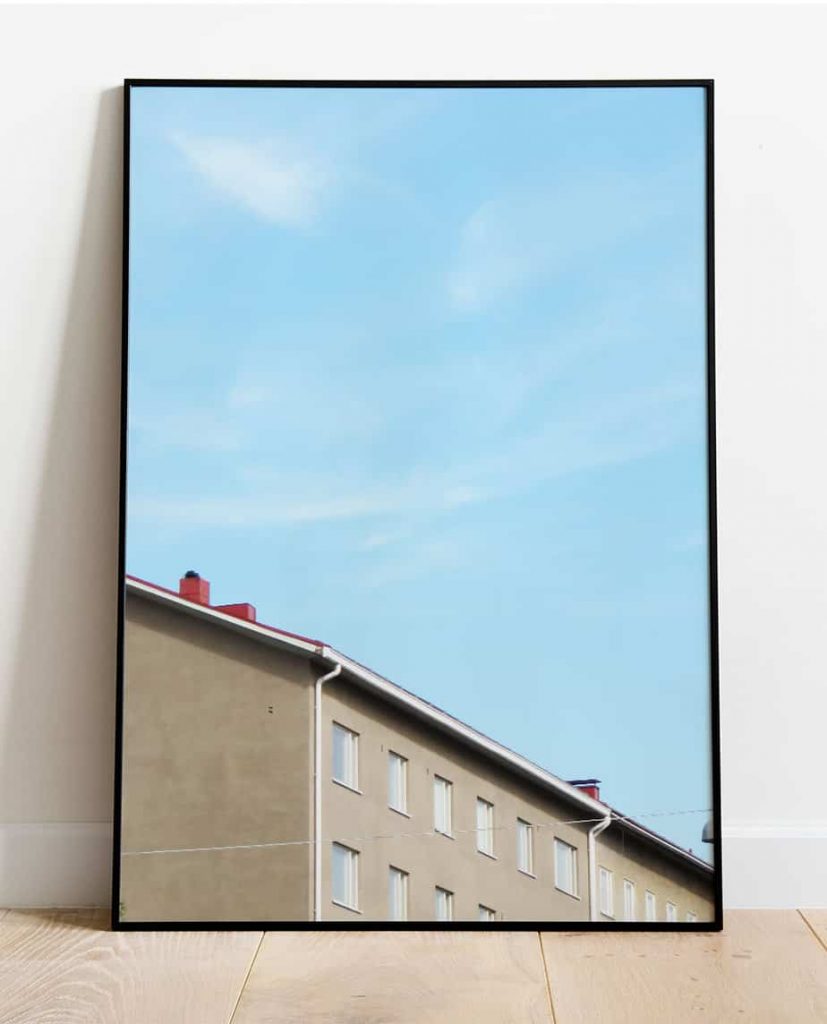 Skill is not something you can cheaply stumble into without paying tolls of sacrifices. Nothing good comes by accident.

Creativity is like rarefied gold that needs to be mined, refined, and transformed into adorning pieces of jewelry that is how the creativity definition appeared. A poet gets better not by folding his hands but by thinking creatively and practicing how to express thoughts through potent words.

A violinist was once applauded in a concert for displaying an outstanding feat in violin playing. When he addressed the audience, he made them realize he has been practicing consistently for the past twelve years!

Step up your skill. Skill is not developed in a day. It is a gradual process that needs consistency. What skill do you have?  Can you play the drum? Dance? Or write? Whatever it is your skill is, brush it up. Doing that is synonymous with making yourself creative.

The negativity of the mind is a lethal poison capable of paralyzing creativity.

Creativity is the most certain thing one can ever imagine.

It will take heaven and earth to confuse an uneducated fisherman skillful in his hunting job. His immovable certainty in his career is a product of long-term experience, skill, and creativity harnessed in the course of doing the post frequently.

Shake off doubts and negative thoughts.

Creativity has no trace of doubt or negativity.

Are you having second thoughts about your skill? Are negative thoughts hunting your mind?

Doubts and negativity are bitter enemies of creativity. Clear them off and expand your potentials. Acting this out will make you creative.

END_OF_DOCUMENT_TOKEN_TO_BE_REPLACED

Why We Make Art?

Why we make art? From time immemorial, humans have taken on different dimensions. The practice has been intricately woven into our subc...