We may assume that this is a formalist solution and a kind of formalized geometric art reduction. 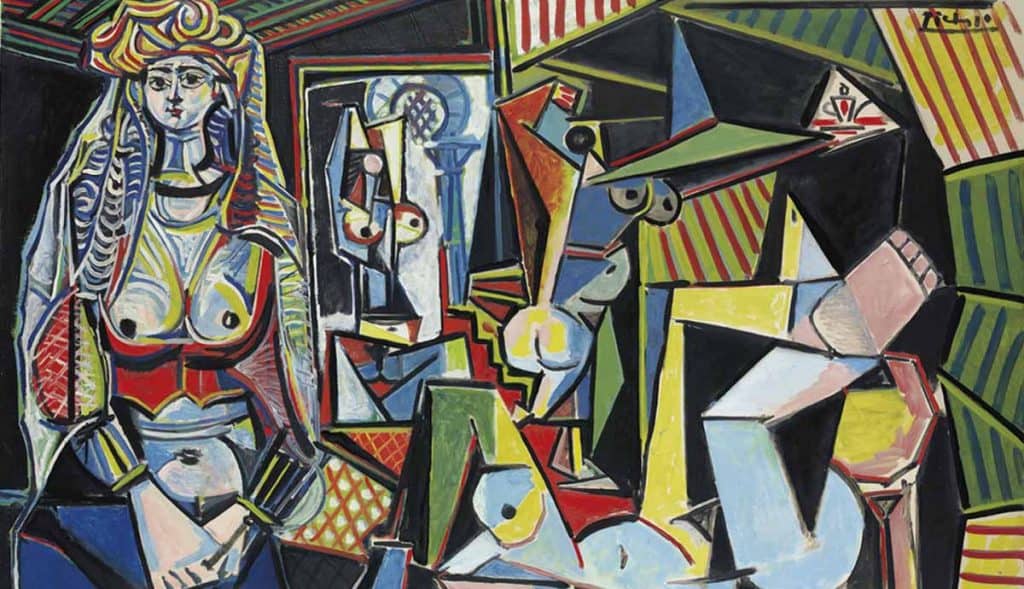 Women of Algiers 1955 By Pablo Picasso

Another school of thought sees Cubism as expressed in three essential elements; first, as a geometric language in such a manner that shapes are reduced to angles and squares and circles and arcs, not the complicated biomorphic types of naturalism but the Graphical vocabulary.

Secondly, Cubism does not recreate the external appearance of objects.

Pablo Picasso did all kinds of beautiful paintings of his increasingly younger, sexy girlfriends, and they really didn’t look much like his girlfriends at all.

The third feature of Cubism is that Cubism was an exploration of shape, an examination of nature from multiple perspectives. Therefore if you looked at Pablo Picasso’s girlfriend from one viewpoint and say a frame, then you will get her outward appearance.

Nevertheless, if you examine her image from all these different perspectives, traveling across time and space as you do, then she’s not going to look like she does in abstract wall art.

Cubism is difficult for the average person to grasp because it’s an intellectual pursuit.

It’s a very mental approach rather than a sloppy, enthusiastic, emotional one. Okay, because you might do that as well, but then, Cubism was an empirical approach to art-making. 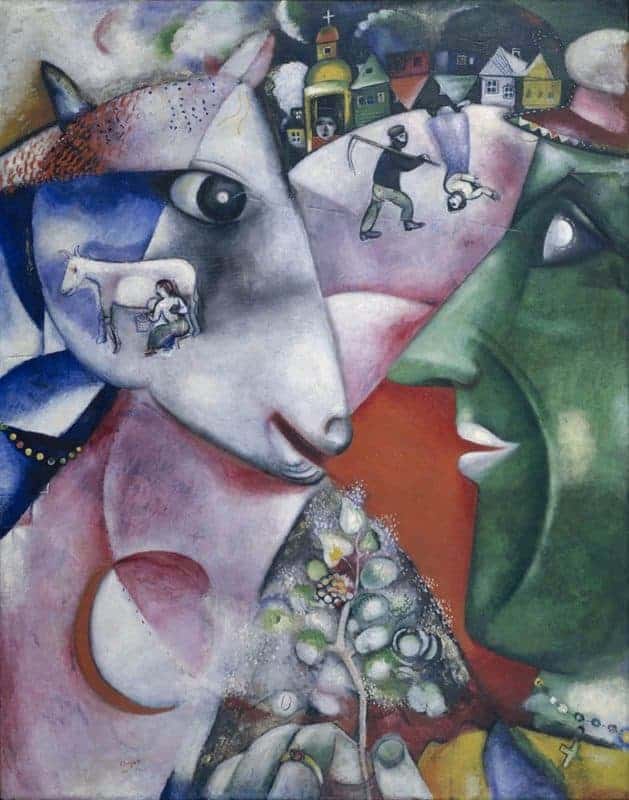 I and the Village 1911 By Marc Chagall

The Cubist revolution questioned traditional conceptual forms and dismissed modern concepts. Such designers decided to revitalize Art in such a way that it would be more in line with recent times. We will continue to create the first geometric form in modern Art.

The Cubist movement achieved its artistic height between 1987 and 1914, and to this day, it tends to inspire artists. At the turn of the twentieth century, artists frequently found themselves at a fast pace and a modern world that is ever-evolving. Technological advances, political changes, and drastic changes in social systems have all taken place at this time.

Photography has recently been used for portraiture and for capturing historical and daily activities. It was, therefore, only standard for painters to turn to other subjects. The leading artists of the day, Pablo Picasso and Georges Brock thought that a new art form was required to communicate with the modern audience and to represent the hardships of contemporary life. 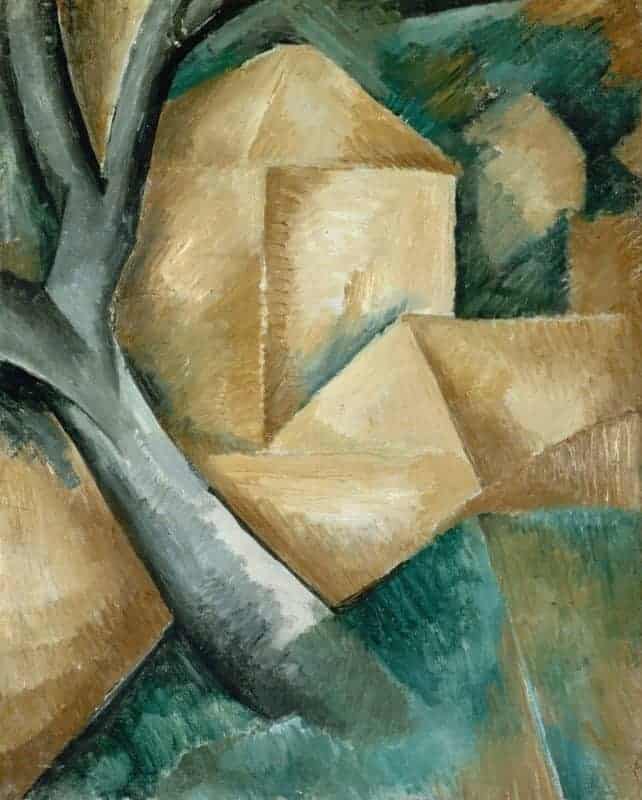 Inspired by post-Impressionist movements, Cubist artists have deviated from the three-dimensional viewpoint that has been the standard of painting since the Renaissance art Era. Alternatively, they depicted two-dimensional characters from multiple perspectives to convey a sense of totality and a distinctly modern way.

Cubist artists also transformed natural forms into geometric art shapes such as circles, cones, and, of course, cubes. The movement was named after a French critic who, looking at Brocks ‘ 1908 landscape paintings, commented on the liberal use of Cube.

Cubists have had a new approach to painting time, volume, mass, and space. Rather than just trying to replicate images, Cubists tried to distill abstract art forms of the essence of their subjects. 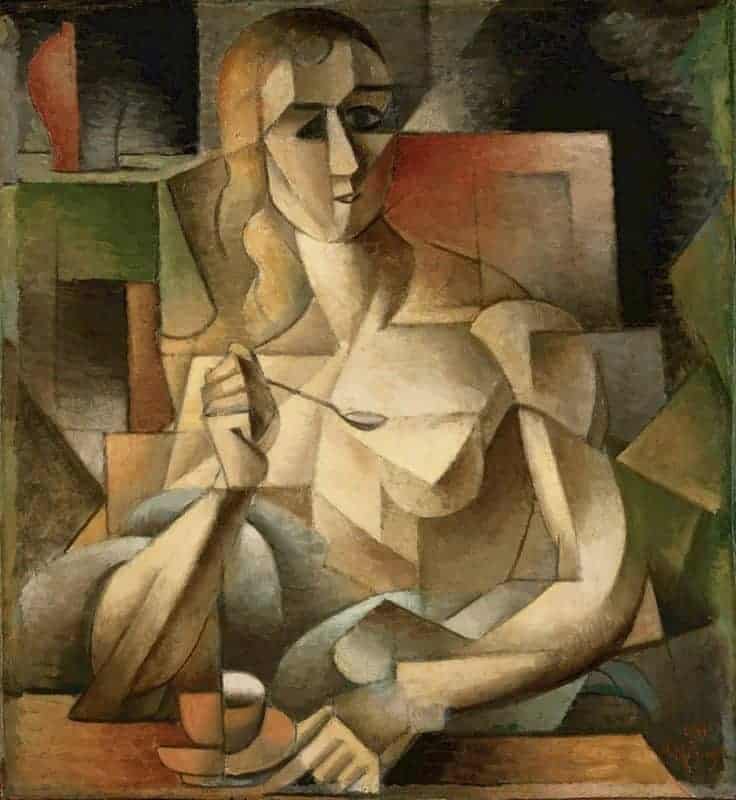 For instance, rather than painting a breakfast table as a three-dimensional flat surface covered with realistic dishes. One Goody’s breakfast depicts a fragmented table, complete with fragmented, multi-colored dishes with wallpaper spilling over to both of them.

It encourages audiences not to consider the elegance or truth of the image, but the nature or feeling of a breakfast table filled with dishes. Standard features seen in cubist paintings and sculptures are the extensive use of geometric shapes, blurred and fractured artifacts, and multiple perspectives of the same image.

Frontal profile and hybrid or layered works have been characterized, in particular, by their two-dimensional flatness and paper collage.

These same concepts inspired the literature of the early 20th century and formed the personalities of writers such as Gertrude Stein and William Faulkner.

Modernist literature drew inspiration from multiple perspectives and damaged characters in Cuba’s Art, adding similar ideas to their tales through the use of imagery, symbolic vocabulary, and numerous storylines.

Most Cubist works depict musical instruments and sheet music, highlighting the importance of compositions in the lives of these artists. The music of Igor Stravinsky echoed the developments of conceptual cubist painting with its wild ragtime rhythms.

In 1913, when America’s first modern art exhibition was displayed at the Sixty Nineteenth Regiment Armory on East 25th Street, the nation was stunned, saddened, intrigued, upset, and fascinated in equal parts. One of the items on view at the exhibition was a contrast between former President Roosevelt and a Navajo rug in his bathroom.

This piece, Duchamp’s Nude Descending a stairway, was already in the midst of a hurricane. Having received some scathing criticism from many other Cubist artists, including Duchamp’s brother; nonetheless, the style would slowly gain popularity and recognition as a consequence of subsequent art movements. 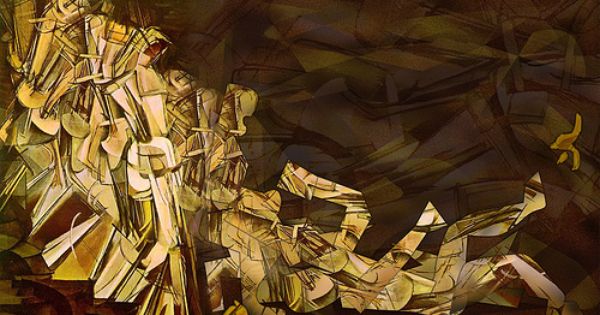 In reality, Picasso was heavily influenced by masks from sub-Saharan Africa, and his Art had a primitivist theme. Primitivism was the belief that non-Western people were closer to nature and more sensitive. Masks and figures were a common feature of early post-impressionist Art.

Another influential Cubist painter was Furnun Lurgy, whose abstract figures are especially colorful. His artwork The City in 1919 foreshadows revolutionary Art with its focus on the relationship between man and machine and the harshness of the new metropolis.

The film portrays a juxtaposition of street objects, such as metal beams, bridges, pipes, and stairways, all seen from multiple perspectives and attracting the viewer’s attention to each tumultuous feature.

Cubism was a radical departure from the practice of the past and earned its share of scathing criticism.

The majority of the public did not understand what the uproar was all about. However, no matter how divisive this creative form was, no matter how many people opposed it, Cubist Art was firmly established.

The creative insights, the completely different approaches, and the impressive results that have arisen have meant that Cubism has become part of our cultural history. Inspiring such movements as Futurism, Constructivism, Dada, and Surrealism. Cubism was the most influential art movement of the twentieth century.

Tags:
art history, art styles, Cubism, Cubism art
Newer The Psychology Of Color.
Back to list
Older What Is Dadaism?

END_OF_DOCUMENT_TOKEN_TO_BE_REPLACED

The vast umbrella of Art has hardly let anyone describe and evaluate the definition of art. Art is explained by the way of living. A me...

END_OF_DOCUMENT_TOKEN_TO_BE_REPLACED

We offer safe and secure shipping & delivery worldwide. So no matter how big your prints, or how many items we are delivering to you, your artwork will come straight to your door Shipping & Delivery | Returns & Exchanges

While you're turning these uncertain times into something positive, we would like to make a little contribution to make your space beautiful. Subscribe to our newsletter and get a free printable (digital) art right away. We respect your privacy.
Shopping cart
close
Facebook Twitter Instagram Pinterest
Pyaarnation.com uses cookies to keep our sites reliable and secure and to provide you with a great user experience. By browsing this website, you agree to our use of cookies.
More info Accept
Start typing to see products you are looking for.
Shop
Sidebar