What is surrealism? Surrealism was an art movement initiated and driven by the brainchild of the maverick artist Salvador Dali. The movement had been associated with multiple definitions, styles, and approaches. During the early nineteenth century, in European countries, many other parallel movements were mushrooming. These artistic styles had been evolving the form of the erstwhile art scene from the clutches of the traditional art practices. Setting oneself free from the rigid rules, the artist began experimenting to walk on newer avenues while discovering multiple styles that defined movements like Cubism, Pointillism, Surrealism, Impressionism, Expressionism, Fauvism among many others.

However not only it has not been limited to European nations but also had and has influenced the countries of the world. Inspired from these western ideologies, India leaped towards modernism. A lot of modern Indian artists explored beyond the realms of the traditional Indian art and craft. Their expressions met modernism.

Apart from this hardcore talk, let us explore the possibilities of surrealism in our residences. How could we enhance our home décor by using surreal art? Will this surreal art maintain the norms of interior design while keeping it surreal and abstract? How pleasing will be the final appearance of a particular room? Will it catch the eyes of the onlookers?

Let us delve into the definition of what is surrealism and observe the associations that could bridge the gap between this abstract theory with the common daily routine. Read on.

Surreal, as the term, means something that is above real or super real. A certain magical feature and a few elements that will be although realistic but will not follow their true own nature. E.g. a bent clock, a floating tree or any object, as seen in the artist, Salvador Dali, paintings. The ambiance of the paintings feels dreamy or dreamlike. They do not feel of this world. The norms like perspective, realistic approach and rational elements are rejected and replaced by the surreal objects. They indeed looked very interesting and grasping. But, in reality, they are nothing in real rather they are surreal or to say so they are super real. 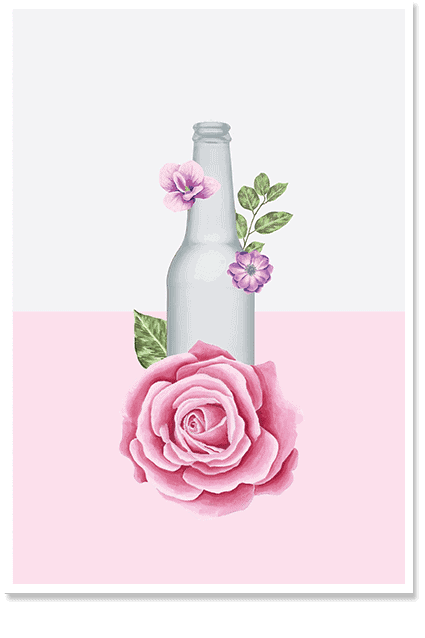 The movement of Surrealism was founded in 1917. Rene Magritte, Ernst Max, Salvador Dali, Andre Breton, and many others followed the style. The idea of surrealism took birth when Dadaism was in vogue. Dadaism was one of the revolutionary movements in the history of art. Explaining further, the style rendered in a way that did not fit the conventional mode of making or creating or using art. You must have heard about Andy Warhol’s Pop art and Marcel Duchamp’s Fountain. Apparently,  these were epitomes of Dadaist ideology.

In fact, the ideology or principles of Dadaism still influence the post-contemporary art scenario, today. Contemporary art encapsulates all elements, movements, and styles.

A few specific features of Surreal art or surrealism are as follows,

How Does Surreal Art Or Surrealism pose in Home Décor?

Surrealism has multiple possibilities while pondering over the ways to infuse it in our homes. It is because of its fluidity. Surreal art is filled with objects that belong to our daily routine. It relates to a layman who is not aware of the principle norms and patterns of art, but will quickly relate with realities depicted in this style of art-making.

These surreally stylized objects could be assuredly utilized to décor the home. And, this has been happening for a very long time. As the rich art collectors realized the concept and the artists that were practicing the same, they desired to bring it to their homes in the form of commodities. The only reason or desire to bring this fluid art home is because it talked about the mind of the owner. These surreal objects associated with the whimsical ideas that germinated in the minds of the common man. The ideas that were real but not accepted in society. The bridge between art and a common was somewhere constructed in surrealism. 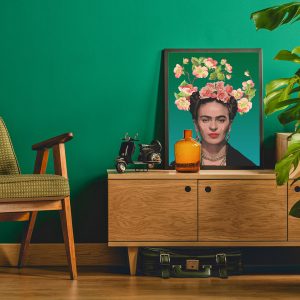 It was no later than before the designs were seen appearing in our bourgeois items like phones, mirrors, caskets, tables, chairs, furniture and everything that your quirky mind can think of. These surreal art elements whether in homes or offices can transfer you to altogether another life and dimension. They do not make us feel like we are living a dull life. They elevate the mood. To see our upholstery flamboyantly designed in varied shapes of lips, eyes, flowers are indeed an enriching sight. The whole idea of life and living transforms. Striving towards a nuanced method, surreal art supported towards living your dreamy life. It unarguably helps in hopping to a newer and indifferent dimension.

During the times of the Spanish artist, Salvador Dali, a lot of trends in interior décor had been transforming. It was all thanks to the same artist who reinvented the means of expression. The surrealism was infused in daily objects in varying ways. E.g., a couch is twisted at the corner, a sofa or a chair in the form of an accentuated human torso, a sofa in the form of voluptuous limbs and lips, etc. Amalgamating features from the animals or birds in the furnishing objects. Adding wings or accentuating the hands or seats or any feature of the accessories or décor products.

Keep in the mind the surreal furniture might distort the conventional styles but will not diffuse the functionality of the same.

Ways To Infuse Surrealism In Your House

While maintaining the basic guide of decorating your rooms or residence, the surreal art can be infused being in tandem with the discipline of the palette. At the same time, you can also let the single surreal object be a golden point by composing the other following the same.

Composing a large surreal sofa in the center and recreating a relative narrative of your style will work wonders for the theme. If the sofa is in the shape of the big dark maroon mouth, you can place a lampshade next to it in the shape of a lipstick or some other relative or associated form. Surreal forms help you either imitate an existing story or create a totally new one.

Additionally, you can have a replica of one of the Salvador Dali paintings on your curtain. Maybe, you can have a clock made in the style rendered by the same artist in his paintings titled, The Persistence of Memory or The Melted Watch.

Emphasizing Surrealism need not be similar to an established concept. You can also recreate your own idea, brainstorm some spooky narratives and just execute them. An only tip while doing this is that do not distort the functional mechanism of the furniture and accessories, you recreate.

Facebook Twitter Email Pinterest linkedin WhatsApp WhatsApp
People are, generally, little perplexed about the query what is abstract art. Abstract as a concept means something that is not empiric...

END_OF_DOCUMENT_TOKEN_TO_BE_REPLACED

Facebook Twitter Email Pinterest linkedin WhatsApp WhatsApp
Why art is important in our life? How art impacts our lives? How does Art help in transforming the culture? Is History dependent on Art...

END_OF_DOCUMENT_TOKEN_TO_BE_REPLACED

Why Every Home Is A Museum

Facebook Twitter Email Pinterest linkedin WhatsApp WhatsApp
If a picture tells a thousand words, then a wall can tell a million stories. Your wall space is your blank canvas to tell your own uni...

END_OF_DOCUMENT_TOKEN_TO_BE_REPLACED

Why Is Art Important in Your Life?

Facebook Twitter Email Pinterest linkedin WhatsApp WhatsApp
Art is important in your life. Art is an expression of one’s ideas and imaginations in the visual form some of which include sculptu...

END_OF_DOCUMENT_TOKEN_TO_BE_REPLACED

We offer free shipping across India on all our orders. So no matter how big your prints, or how many items we are delivering to you, your artwork will come straight to your door at no extra cost.